Springdale, Utah is aptly named. Entering Zion Canyon and seeing the Virgin River, clear and blue with cottonwoods lining its banks, was a sight for sore eyes after spending two days in Moab and driving over the San Rafael Swell and across the Wasatch Plateau. Although we fueled up before beginning the climb, we nearly ran out of gas in the mountains. I remember coasting down every hill and using our flashers a LOT, and distracting ourselves with downloaded episodes of Criminal, our favorite podcast–there was no cell service. We rolled into Salina with approximately 10 more miles of gas in our tank. I practically had to pry my fingers from the wheel.

I later found out that this 110 mile stretch of road is the longest in the Interstate system without any motorist services, which somewhat explained our dilemma. It more than makes up for the lack of human landmarks by providing a multitude of natural ones. The rock formations are colossal and unlike anything we had seen so far–the former geology student in me was drooling. This was one of the most spectacular sections of driving, but it was a little eerie feeling so small in the landscape and knowing if we had trouble with the car, we would be stranded.  As we approached Springdale, the landscape opened up. Zion Canyon was like an oasis after all this desert. It was still oppressively hot and dry, but dipping into the Virgin River was the ultimate thirst quencher. It helped that we hadn’t showered since we left Colorado. 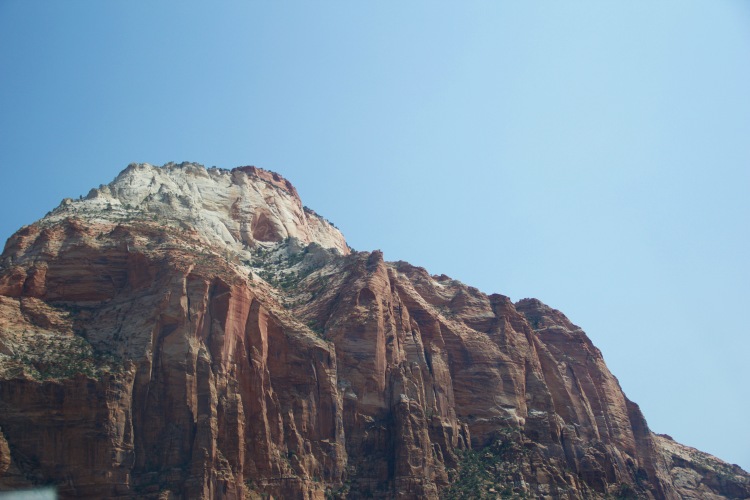 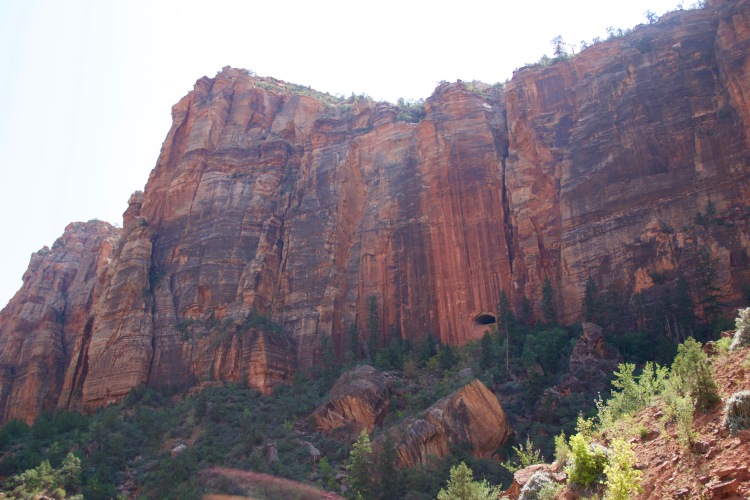 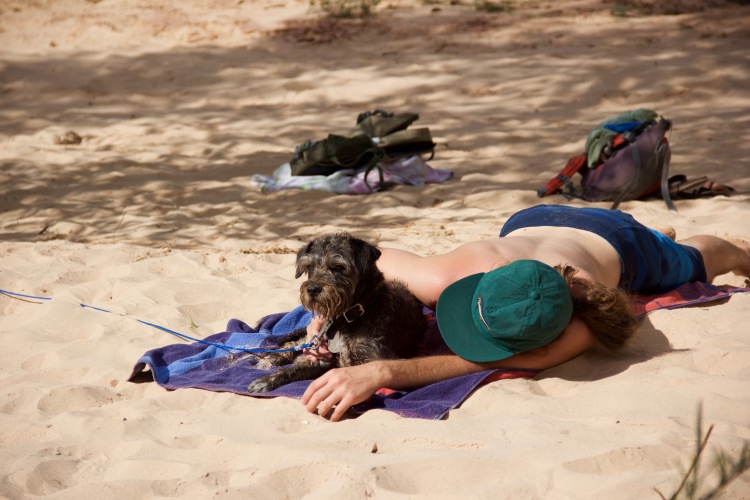